Here are a few pictures of our amazing job coaches and clients making ti leaf lei’s today with an order of 100 lei’s. 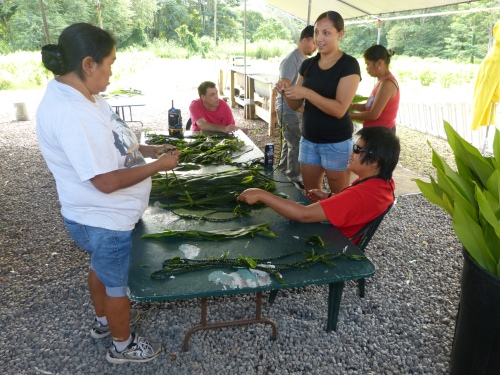 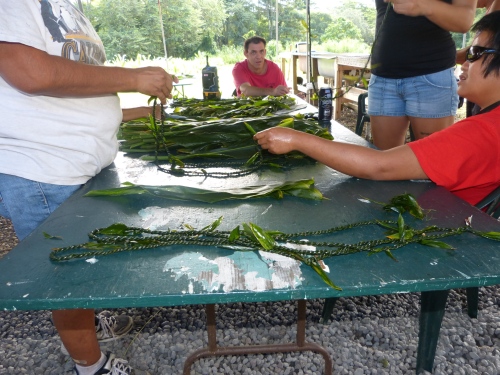 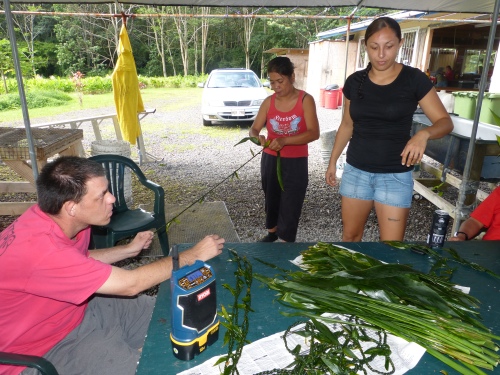 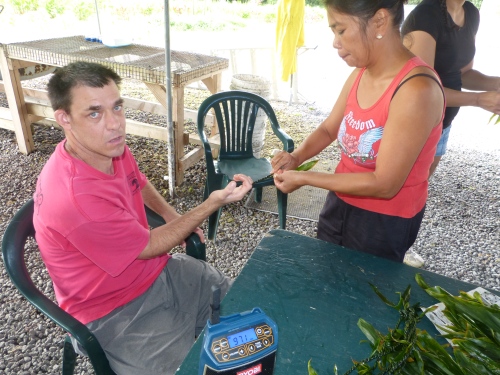 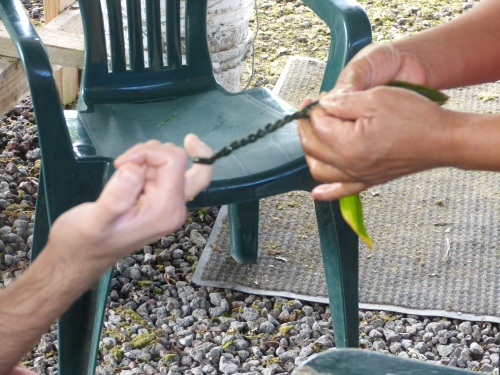 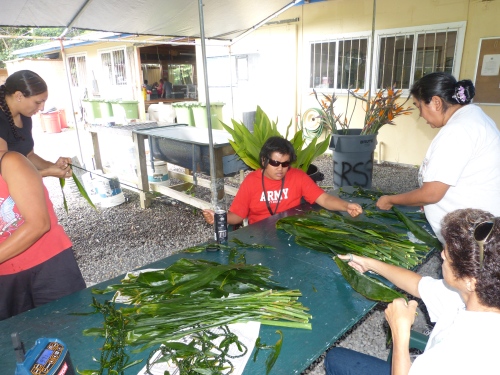 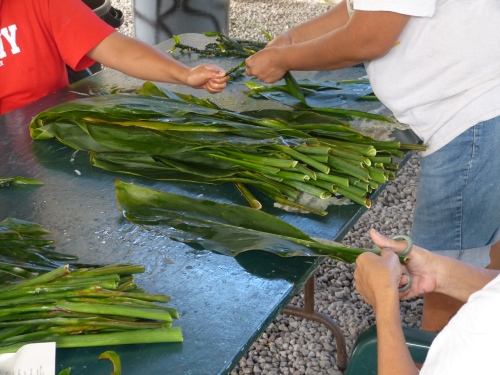 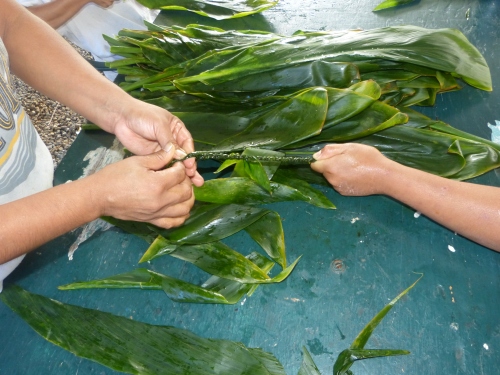 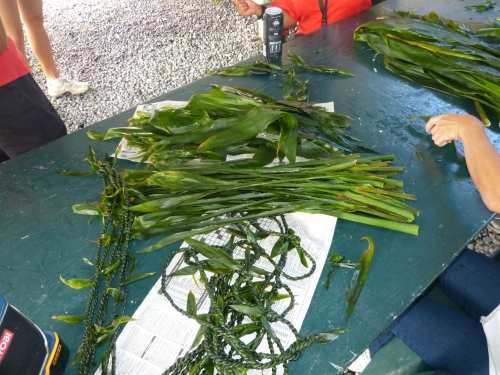 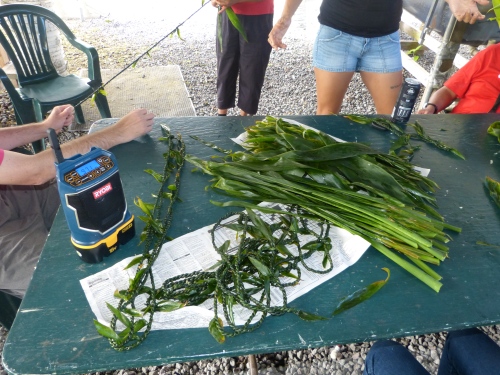 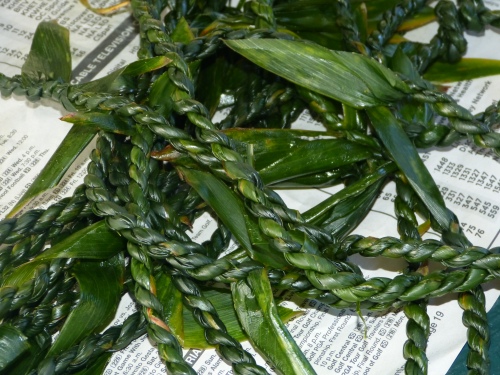 A little Hawaiian history about the Ti Leaf:

One of the introduced plants to Hawai’i by the early Polynesians was a tall, stalk with tightly clustered, green, oval and blade-shaped leaves. The leaf was about 4 inches wide and varied from 1 to 2 feet long. It was a fast growing woody plant that reached from 3 to 12 feet in height. The plant was Cordyline fruticosa. Known to the Hawaiians as Ki, it was a ti plant, a member of the lily family.

Ki was considered sacred to the Hawaiian god, Lono, and to the goddess of the hula, Laka. It was also an emblem of high rank and divine power. The kahili, in its early form, was a Ki stalk with its clustered foliage of glossy, green leaves at the top. The leaves were used by the kahuna priests in their ancient religious ceremonial rituals as protection to ward off evil spirits and to call in good.

There were many uses for the ti plant in old Hawai’i. The boiled roots were brewed into a potent liquor known as ‘okolehao. The large, sweet starchy roots were baked and eaten as a dessert.

This versatile plant also had many medicinal uses, either alone or as a wrapping for other herbs needing to be steamed or boiled. The ti leaves were wrapped around warm stones to serve as hot packs, used in poultices and applied to fevered brows.

A drink from boiled green ti leaves were used to aid nerve and muscle relaxation. Steam from boiled young shoots and leaves made an effective decongestant.

The leaf was also used as a protection sign. In Hawaiian history people would first throw the leaf into rivers throughout Hawaii in order to get acceptance to enter the waters. If the leaf floated on the water it was safe to enter the river, but if it sunk, that meant the Mo’o Wahine Goddess was in the waters at that time and it was not safe to enter. 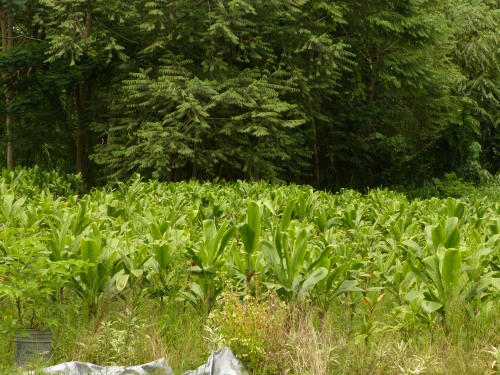 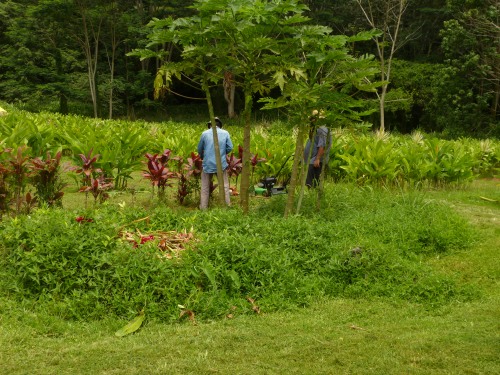 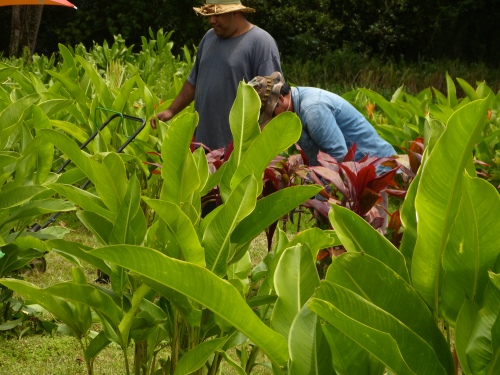